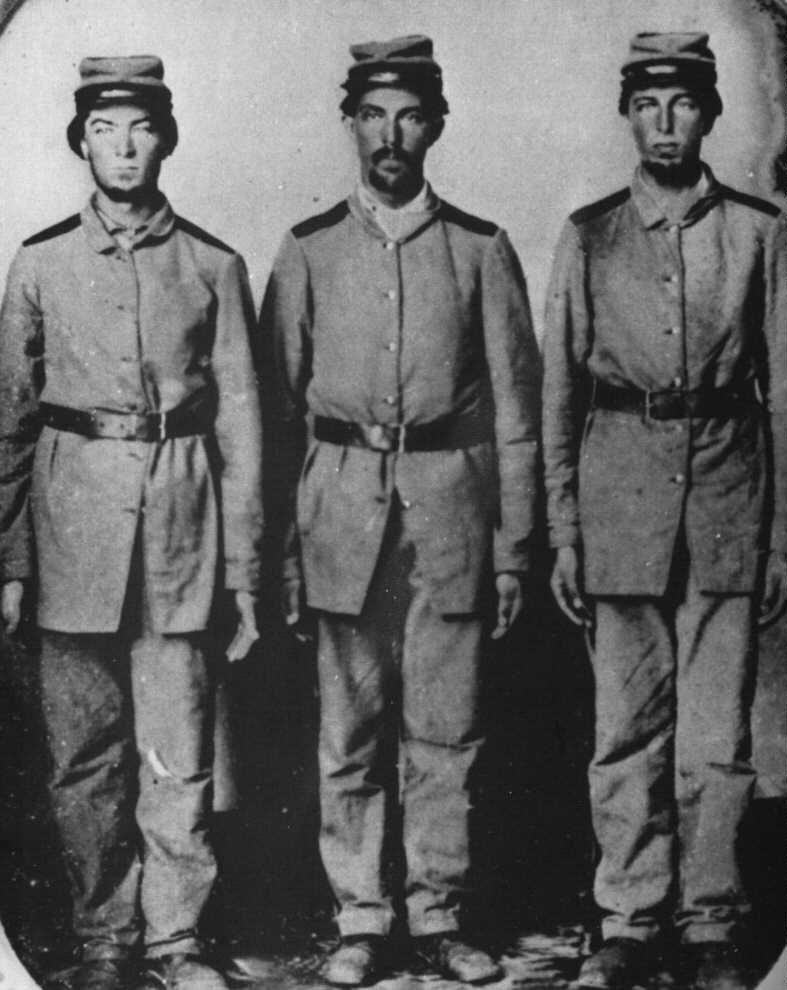 With the 140th anniversary events looming over the horizon, the members of the 4th North Carolina Infantry decided to construct new uniforms based on the photos of North Carolina soldiers wearing the first issue coat made according to the regulations. The pattern and fabric for the coats was purchased from Ben Tart. The long process of grading a size 46 pattern to fit the members of the 4th NC who range in size from a 36 to a 52 was no easy task. 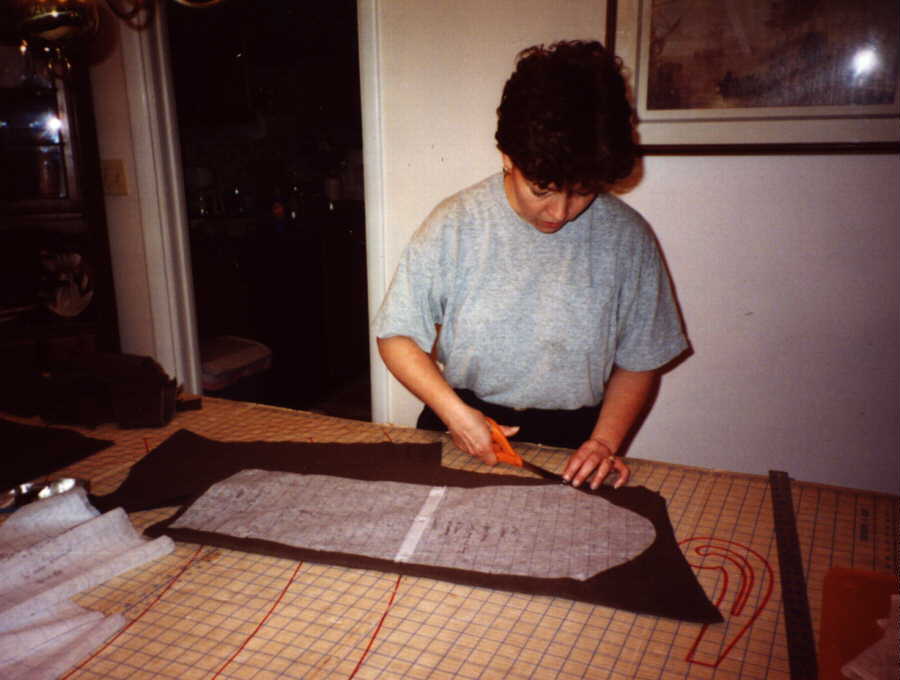 Three weekends were set aside to cut out the patterns and to fit the members. Even though there was not a large turnout, three women worked two Saturdays and were able to cut out all of the coats. We had five weeks to get them completed, and not only were they ready in time for the 140th Manassas reenactment, but they were ready in time for the filming of the Manassas Battlefield Park's new movie that was filmed two weeks prior to the event. 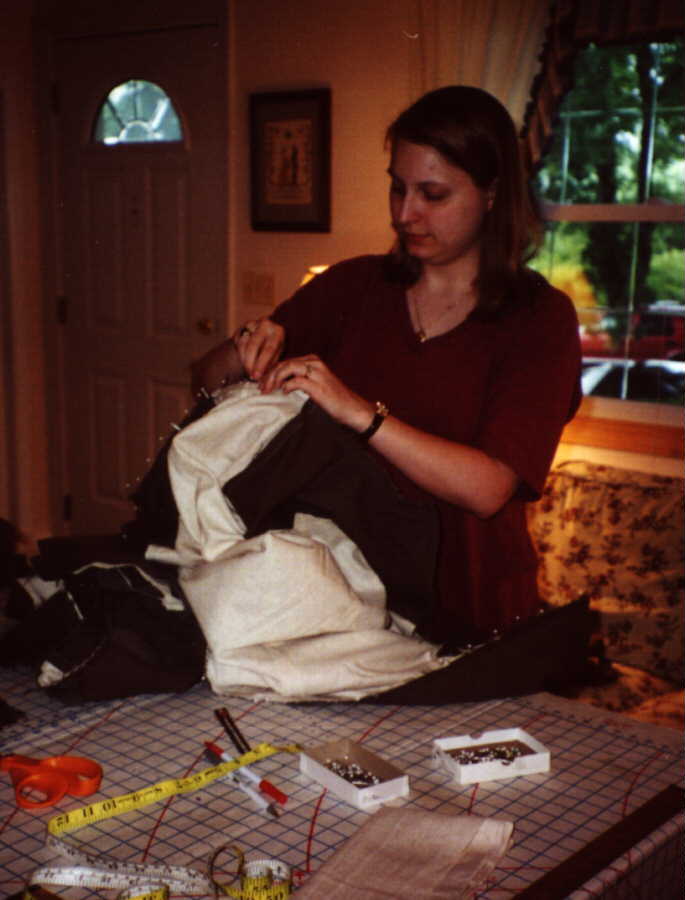 The gray wool jeancloth was guaranteed to fade to brown, and we could tell who wore their coats at the filming before the reenactment, because they really did start to fade to brown (just like the originals). 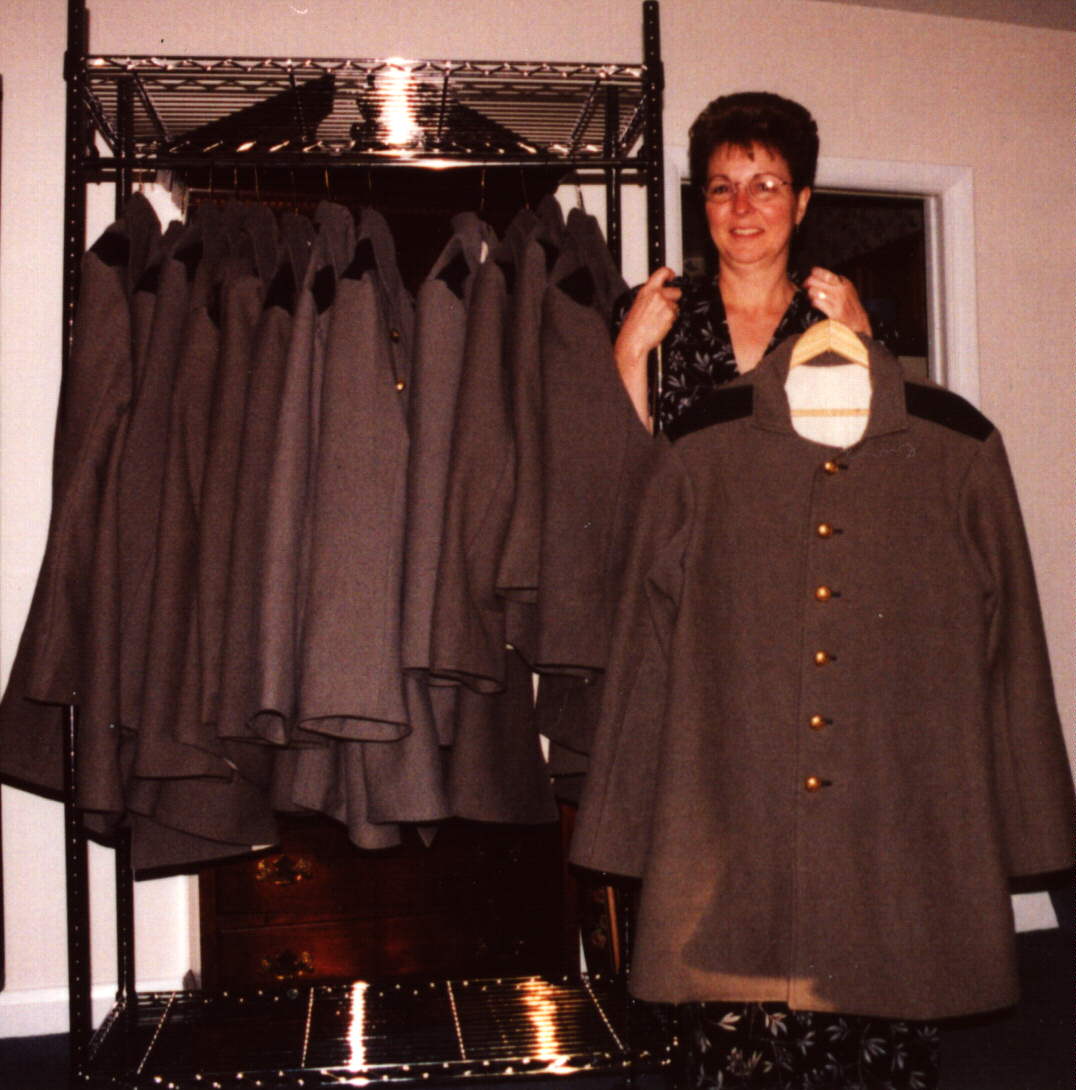 In addition to the new coats, members ordered kepis from Greg Starbuck and Dirty Billy. They bought or made new haversacks, and Larry made belts with roller buckles just like in the photos. All of the members were excited about turning out with the early war kit, and that made the ladies (who put so much time and effort into the coats) feel appreciated.

The new uniforms can be worn at any early war event. This gives the members two impressions that are documented uniforms worn by members of the original 4th North Carolina Infantry -- early war and mid war. The research has begun for late war uniforms that can be documented to the 4th NC. 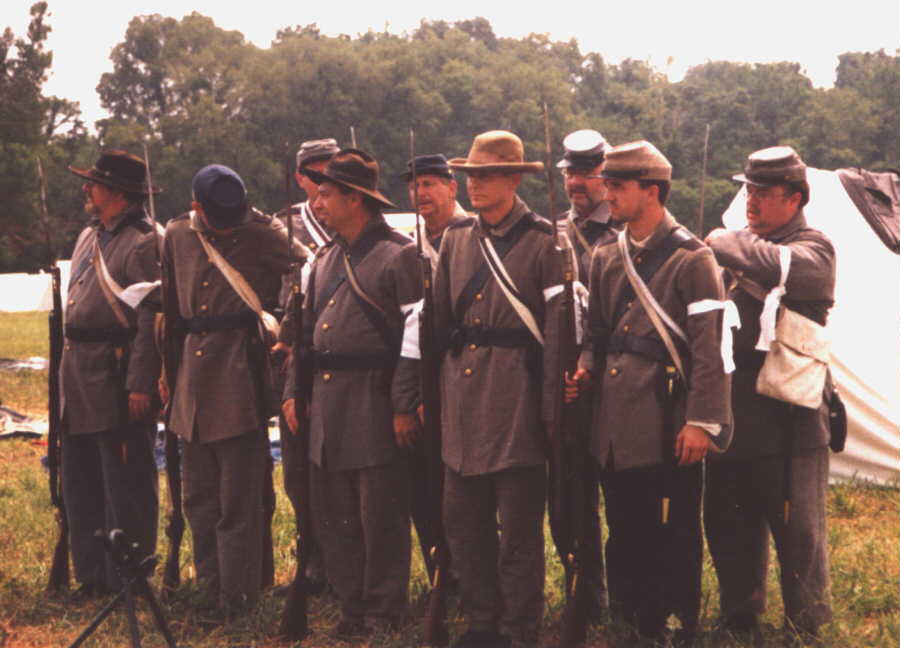 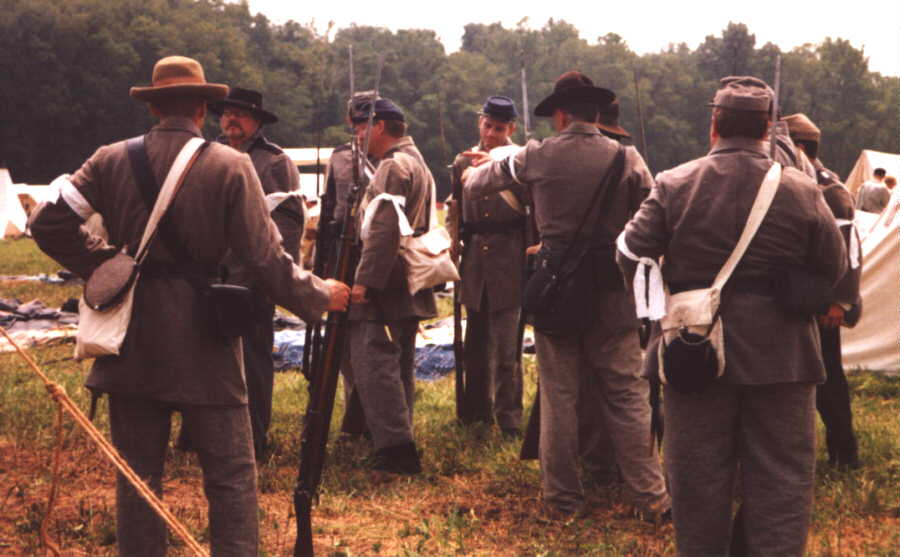